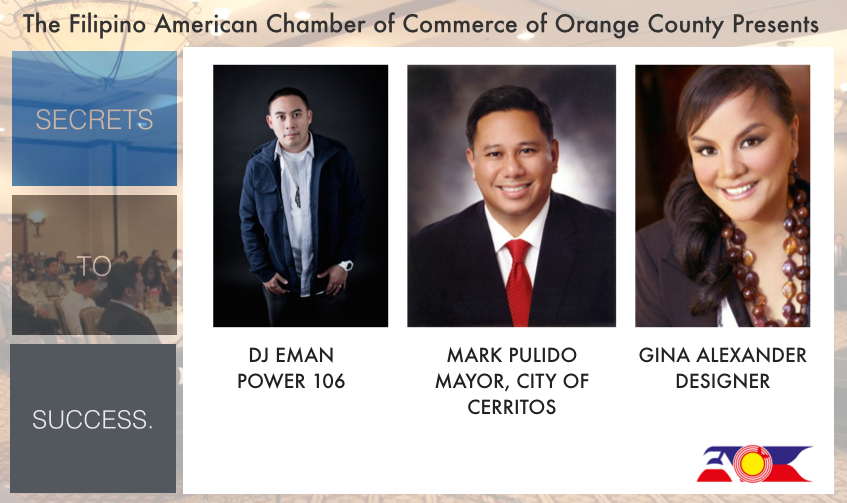 By: Edwin Baloloy, Board of Directors, Realtor with Prudential California Realty

FACCOC celebrated it’s March Mixer with a fun, laid back theme where members and guests can relax in a casual setting. With over 60 attendees, feedback was overwhelmingly positive with most guests wanting a similar event in the near future.

Pre-registration drawings will continue to be held to encourage early registration and for members to visit the website.

See you at our next event, Secrets to Success!

Join us for “Mixer and the Music” as FACCOC hosts it’s March mixer featuring music by DJ Icy Ice.

While many know DJ Icy Ice in the Hip Hop and nightclub scene, many don’t know that he’s a big supporter of local youth. Recently, he was able to share his rise to fame at a TEDx conference:

We hope to see you on Thursday, March 13! Register here.

Are you a small business owner?  Do you want to know the secrets of a successful business owner on how they structure their business to maximize their tax, legal & financial issues?  This educational seminar will help you navigate these rules and avoid any potential landmines.

We hope that you enjoy.